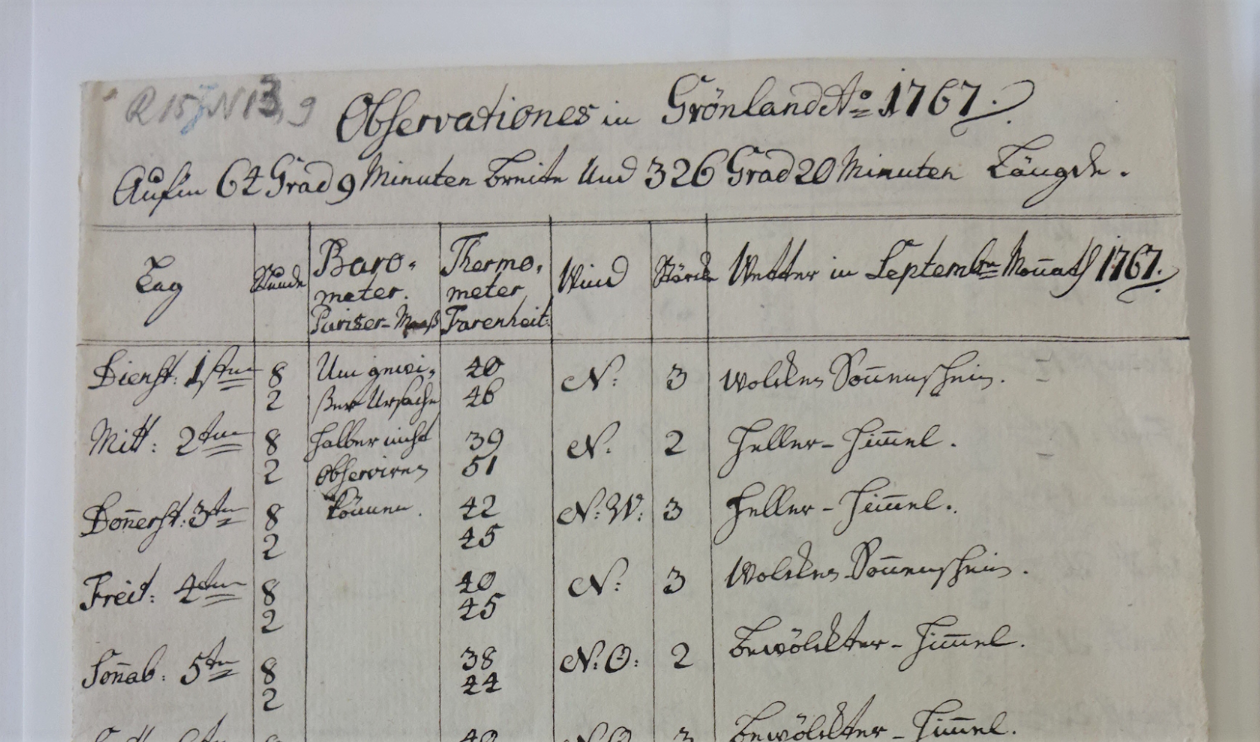 In this post of our Arctic Cultures blog, PDRA John Woitkowitz discusses the impact of missionaries on our understandings of the Arctic and its peoples.

As the train pulled into Löbau, the station hall came slowly into view. Shattered windows, boarded-up doors, and a note directing commuters to purchase tickets for the train in the nearby newsstand made plain: the times had long passed when this East German city connected its surrounding towns with the world of Arctic science and travel. And yet, a short bus ride away, there is Herrnhut, a small town with a global reach. To this day, Herrnhut continues a centuries-old history of preserving and curating knowledge about the Arctic and its peoples. The centres that have shaped our understandings of the circumpolar world, at times, can be found in unexpected places.

This journey to Herrnhut and the Unitary Archives of the Moravian Church was sparked by fundamental questions about the history of our knowledge about the Arctic. Understandings of the Arctic regions today are not natural givens. What is known is the product of centuries of ideas, objects, and peoples travelling among and brushing up against networks of knowledge curators. Over time, these encounters have unfolded a kaleidoscope of meanings about this diverse region and its peoples. The missionaries of the Moravian Church have played a key part in shaping such understandings. The purpose of my visit to Herrnhut then was to learn about that story.

For over 250 years, Herrnhut has been home to the Unitary Archives, the repository for the historical records and materials documenting the activities of the Moravian Church. The Moravians were religious refugees from Eastern Europe who established themselves as a Pietist community in the early eighteenth century in Saxony. They soon expanded their reach to include missionary work across the globe, including Greenland, Labrador, and Alaska. In small coastal stations, the missionaries, mostly artisans and laypeople, set up settlements and sought to convert local Inuit to lead a life in accordance with Christian principles through schooling and prayer. They wrote histories, recorded local languages, and became sought-after interpreters for European travellers, translating between cultures of knowing the Arctic. 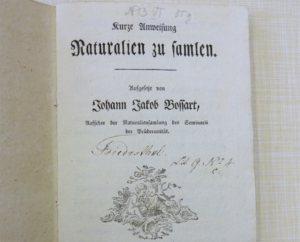 Social uplift and evangelisation, however, were not the only activities carried out by the Moravians. Conducting observations and the collection of objects was part and parcel of their life in the mission. In southern Greenland, for example, missionaries compiled data about vegetation, mineral deposits, meteorological measurements, and animal life by the mid-eighteenth century. They made daily recordings of temperatures, wind, and weather. In his Brief Instructions on Collecting Natural Specimens, published in 1774, Johann Jakob Bossart (1721-1789), the Director of the Naturalienkabinett, the eighteenth-century precursor to the natural history museum, circulated detailed instructions to the missions to enforce collecting procedures and to ensure safe transport of the objects to Saxony. Objects such as rare minerals in Labrador, the tusk of a narwahl or tools and weapons, all required adequate conservation and packaging to avoid damage or loss on their journey via the ports of Amsterdam, Copenhagen, London, and St. Petersburg. Most importantly, Bossart insisted on comprehensive documentation of specimens and objects. By the nineteenth century, objects from the Moravian missions in the Arctic were sold and donated to museums and academic societies of the German Kaiserreich. The Ethnological Museum in Herrnhut, the Royal Prussian collections in Berlin, and the German Anthropological Society, for example, took on specimens and objects from the stations in Greenland and Labrador. 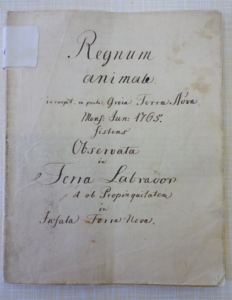 Cartographers drew on the observations and the publications of the Moravian missionaries too. August Petermann (1822-1878), the Prussian map-maker and editor-in-chief of the geographical journal Petermanns Geographische Mitteilungen, was a leading advocate for the notion of an open polar sea in the Arctic and the existence of land beyond the polar ice during the second half of the nineteenth century. Petermann studied the Moravians’ mission reports and travel accounts in the Arctic. He also incorporated meteorological observations from the Greenlandic missions in his journal and stocked the ship libraries of the German Arctic expeditions during the 1860s with the histories and the language studies compiled by the Moravians. Conversely, Petermann’s sketches and maps filled the shelves of the missionary library in Herrnhut. Likewise, Carl Ritter’s (1779-1859) geographical lexicon or Franz Boas (1858-1942) maps of the distribution of Inuit groups in the eastern Canadian Arctic fed back geographical knowledge about the region and its peoples to the missionaries.

My visit to the Unitary Archives in Herrnhut made clear: the history of knowledge production about the Arctic and its peoples is not a straight-forward story. Ideas, objects, and peoples moved back and forth between the missions in the Arctic and museums, societies, and publishing houses in Europe. Reports about vegetation, animal life, and meteorology informed theories about the physical geography of the Arctic Ocean. By the same token, cartographic products and geographical descriptions based on these observations informed exploration and missionary activities in the Arctic regions. Beyond spreading the gospel, the Moravian missionaries served as the first permanent field stations in what had yet to emerge as formal scientific disciplines such as geography, geology, and ethnography.

Today, the missions of the Moravian Church continue their activities in Alaska and Labrador. While the Greenlandic stations were turned over to Denmark in 1900, their histories and the missions’ legacies reverberate to the present day. At the Ethnological Museum in Herrnhut, a display of contemporary Greenlandic art and culture has been set up alongside the museum’s permanent exhibition based on its eighteenth- and nineteenth-century collections. Air Greenland napkins, music records and DVDs, and images of skidoos recast the collection of arrows, kayaks, wood-carved toys, and miniature models of huts in an uneasy light: Arctic knowledges, then and now, contrasting cultures of collecting, organising, and seeing—or ways of understanding the Arctic and its peoples.

Image 1: Meteorological observations recorded in south-west Greenland in 1767 by Christopher Brasen. Document at the Unitary Archives of the Moravian Church in Herrnhut, Germany.

Image 2: Exterior of the Unitary Archives of the Moravian Church in Herrnhut, Germany. Photograph by J. Woitkowitz, 25 September 2019.

Image 4: Pamphlet of observations of animal life made in 1765 in Labrador and Newfoundland entitled “Regnum animale observata in Terra Labrador & in Insula Terra Nova”. Document at Unitary Archives of the Moravian Church in Herrnhut, Germany.