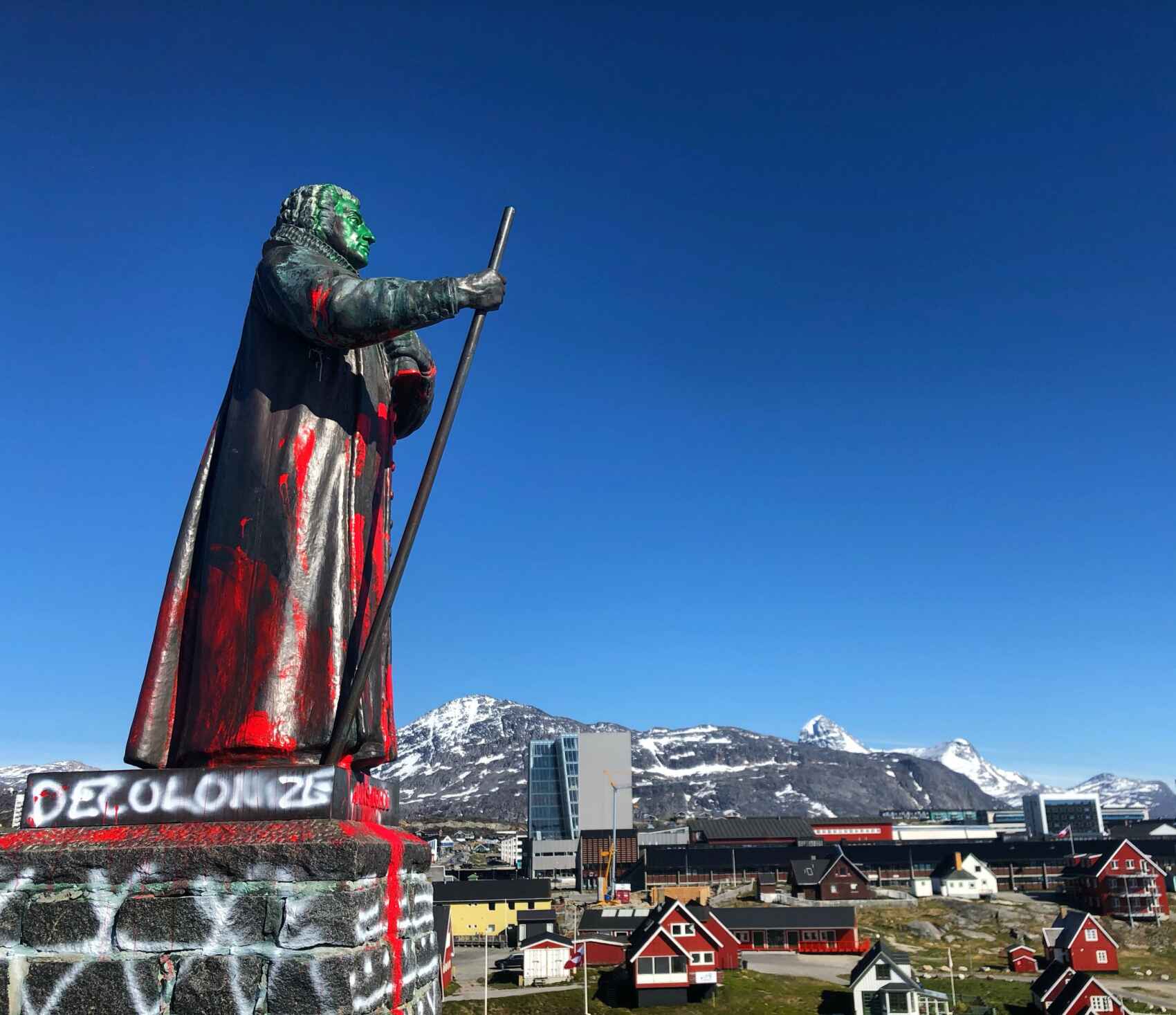 In this blog post, PDRA Nanna Kaalund investigates the ongoing developments in relations between Denmark and Greenland. She argues that only by understanding the past can we comprehend events in the Greenlandic-Danish present.

On the 21st of June 2020, on Greenland’s National Day, a statute of Hans Egede (1686-1758) in Nuuk was covered with red paint and the word ‘decolonize’. Hans Egede was a Danish Christian missionary, and the red paint symbolizes the physical and cultural suffering enacted by Denmark’s colonial regime in Greenland. This call to decolonize in Nuuk was linked to the Black Lives Matter (BLM) movement. After a spring of protests, the BLM movement brought global attention to the violence enacted by white supremacy against Black communities. In addition, the work of the BLM movement reopened sorely needed conversations about racism and decolonization more broadly – including in Greenland.

The citizens of Nuuk decided by vote to keep the statue of Egede in July, but the issue is by no means closed. Removing statues from public spaces cannot undo the atrocities of the past, nor can a decision to keep such statues erase their colonial symbolism. As the BLM movement teaches us, the past is very much part of the present. As with the removal of Confederate statues in the American south, the so-called ‘vandalism’ of Egede’s statue is not simply about art and monuments in public spaces. It is about what such statues and monuments represent, and the resistance of (mainly) white communities to engage critically with the way racist and colonial structures remain engrained in our societies.

In addition to this renewal of discussion about colonial monuments, this has also been a summer of linguistic reckoning. The so-called “Institut for Eskimologi” at the University of Copenhagen was only renamed “Grønlandske og arktiske studier” in 2019. But in 2020, the National Museum of Denmark in Copenhagen has begun the process of renaming many of their exhibits, and the ice cream company “Hansens Is” changed the name of their popular ice cream from “Eskimo” to “O’Payo”. 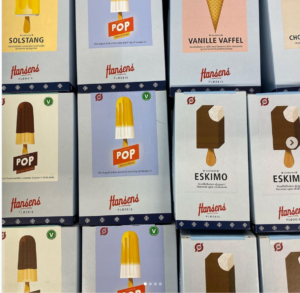 If the Danish press is any indicator, several Danes reacted very strongly to the ice cream’s name change. As one online headline on the Danish Broadcasting Corporation read: “We will find ourselves in an outrage tyranny”. Why, we might ask, did the decision of a private company to rename a product create such a backlash? As with the statues, the re-evaluation of linguistic practices is much more than a simple rebranding. Particular terms have been used by Europeans to racialize and exoticise Indigenous peoples in the Arctic and elsewhere for centuries, and to reinforce colonial power-structures. However, in order to understand why this term is derogatory and harmful, and why Egede’s statue was covered in paint, we have to confront Denmark’s colonial past. Therein lies the rub, though. Change exposes heated and ingrained resistance. From statues to terminology, this has been a summer of increased awareness of the living consequences of the European imperial project. Let us hope it will lead to long-term and sustained change.

Image 2: ‘Hansens Is’. Advertisement from company instagram © Hansens is.