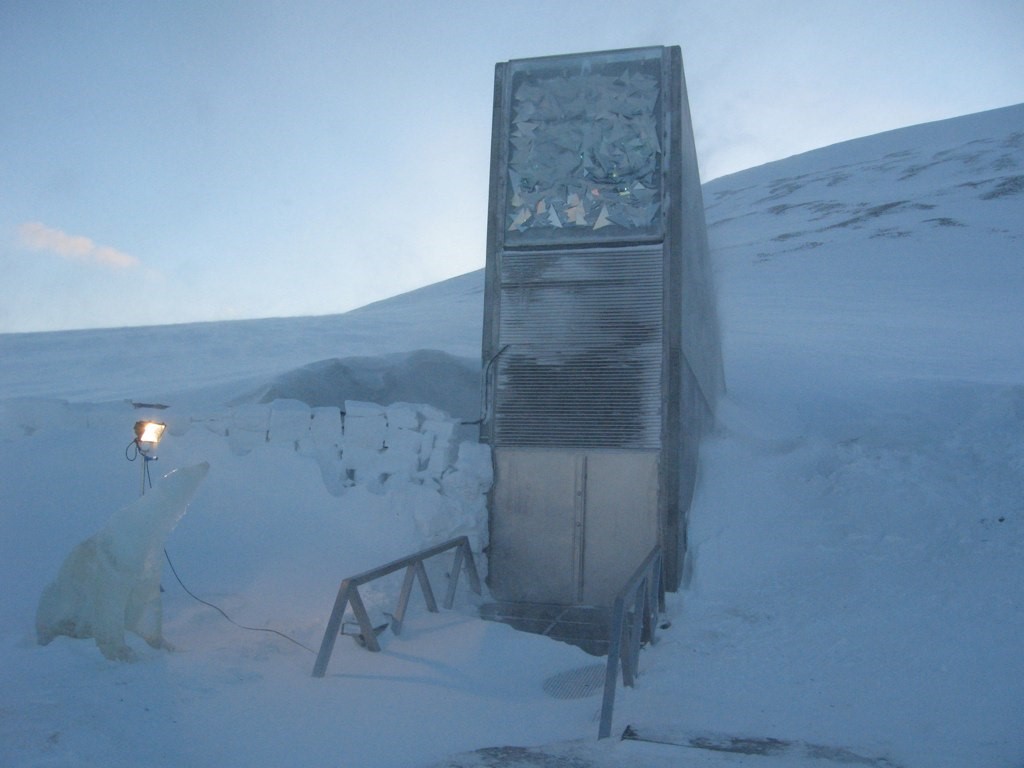 In this blog post, PDRA Johanne Bruun reflects on the different ways in which Arctic landscapes and sites have been imagined, used, and approached as ‘natural archives’.

Historians of science have pointed out how twentieth-century polar scientists often approached the Arctic as a ‘natural laboratory’. Represented as a seemingly empty place, white, pure, and open to inscription, Arctic spaces appeared to mimic lab-like conditions, making it an ideal site of experimentation. Recently, because of its unique climatic conditions, the Arctic has not only been cast as a laboratory, but also as an archive – in more ways than one.

The consistently low temperatures, the dry air, and the ancient ice formations characteristic of Arctic environments are all qualities we have learned to associate with arresting decay and preserving matter, even living tissue, in a suspended state of animation. Most of us will be familiar with cartoon and other pop culture renditions of woolly mammoths, prehistoric people, and perhaps extra-terrestrial life forms emerging from melting glacial ice where they have been encapsulated and cryogenically preserved for millennia. Here, polar ice is imagined as unknown and potentially threatening by virtue of its sheer volume and its ‘archival properties’, which some believe give the ice the capacity to unleash long-gone menaces into the world.

Beyond the pseudo-fictional realm, scientists have read Arctic ice sheets as archives of past climate events. Through annual cycles of snowfall and its gradual compression, tiny air bubbles are captured within the ice in stratiform deposits, preserved as a record of atmospheric conditions over time. These records, accessed through the extraction and analysis of ice cores, have yielded important information, allowing scientists to correlate data for future predictions of climate change. Drilled deep into the Arctic, ice cores have been paramount in connecting climate change to historical and ongoing human industrialisation and pollution. 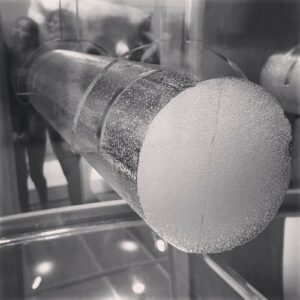 Much more recently, the Arctic Archipelago of Svalbard became the site of a vast piece of archival infrastructure; namely the Svalbard Global Seed Vault. Originating in 1984, with the storing of seeds in a decommissioned Svalbard coal mine, the Seed Vault was built in 2008. It houses and protects the diverse food crops that are seen as sustaining for human life. In the event of a large-scale or global catastrophe, the Seed Vault is envisaged as being critical for the future of humanity. Due to its location in the High Arctic, the Seed Vault is deemed significantly safer than any of the thousands of local gene banks which exist around the world. The Arctic offers relative remoteness, limiting the risk posed by intruders, and geopolitical stability makes violent destruction due to warfare or civil unrest unlikely. The Seed Vault is embedded deep within a sandstone mountain, where the permafrost helps keep the temperatures below the desired -18°C, albeit aided by mechanical refrigeration units running on locally mined coal. Should these engines fail, it will be weeks before the Vault sees temperatures rise to the level of the surrounding sandstone (-4°C to -6°C). Despite global warming, it was believed that these temperatures would last for at least 200 years, securing continued protection of the seeds. 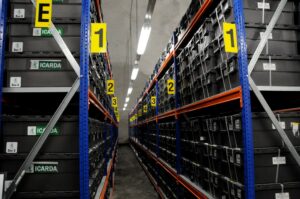 As of the summer of 2020 though, the archival capacities of the Arctic will not only help preserve the world’s food crops, but also parts of its digital techno-cultural heritage. Just down the road from the Seed Vault, another decommissioned coal mine has been given new life as the GitHub Arctic Code Vault. Mimicking the concept behind the Seed Vault, the Arctic Code Vault stores a snapshot of the world’s open access code preserved on halide film designed to last 1,000 years. Though metaphors such as ‘the cloud’ conjure up images of the digital realm as somewhat immaterial, any code relies on physical hardware vulnerable to decay. Describing open code software as ‘the shared heritage of all humanity’, GitHub likens the potential loss of this knowledge to that which ensued from the destruction of the famous Library of Alexandria and the lost blueprints of the Saturn V rocket following the Challenger disaster. Once again, the creators of GitHub see the Arctic permafrost as providing a key site for the long-term archiving of human knowledges.

As ‘archive’, the Arctic preserves our climate histories, protects our food crops, and now shelters our open source data for the future. These are but a few examples of how Arctic landscapes are cast as ‘natural archives’ – cold, dry, vast, and far removed from human interference. Many more examples exist. The Arctic is, and has always been, many things to many people. Pointing to its archival capacities may risk reaffirming colonial imaginaries of the Arctic as a place somehow ‘frozen in time’, where life and culture is limited by climatic conditions. Hence, it bears repeating that this could not be further from the truth. Bearing this in mind, the extent and implications of Arctic archival imaginaries and practices remain fascinating avenues of research.