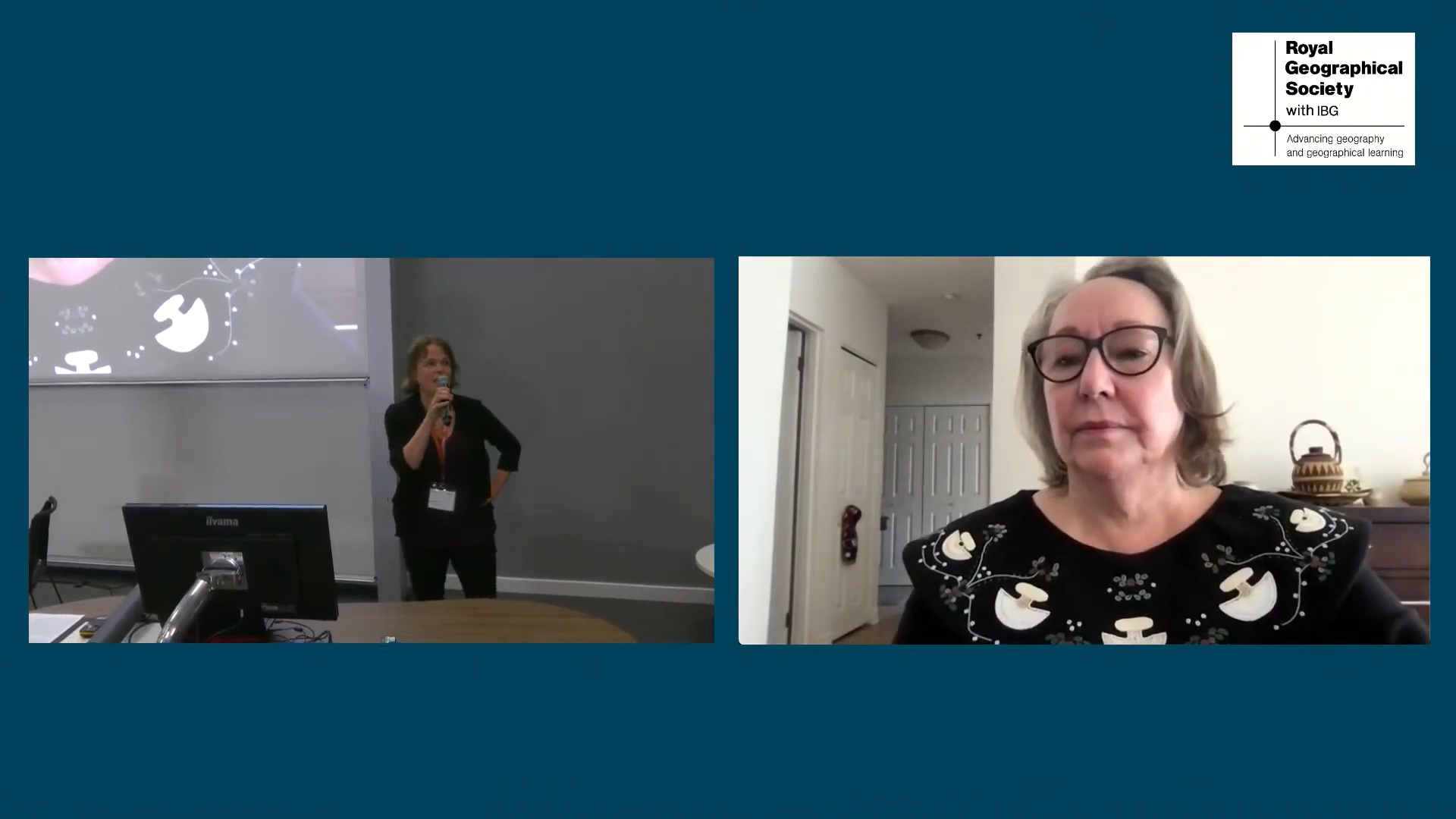 In this post, recent PDRA Johanne Bruun reflects on a keynote speech by indigenous activist Siila Watt-Cloutier delivered at the RGS-IBG Annual Conference on 30 August 2022.

This year, the Chair’s Plenary at the Royal Geographical Society – Institute of British Geographers (RGS-IBG) Annual Conference was delivered by Siila Watt-Cloutier, the Canadian indigenous activist and politician. Watt-Cloutier has spent her life fighting for human rights across areas of education, health, and pollution and, most recently, on the impact climate change on Arctic indigenous lives and wellbeing and their right to be cold.

The conference theme for 2022 was ‘Geographies Beyond Recovery’. At a glance, this theme might sound bleak. And perhaps that was the Conference Chair’s (Professor Rachel Pain) intention – using terms that invoke urgency amidst a world marked by climate change, a global pandemic, warfare, and energy crises. Yet it is also possible to read the ‘beyond’ in a different way, not as missed opportunities and irreparable loss, but as something that indicates the need to think past the recovery of former states that we cannot return to. The theme ‘Geographies Beyond Recovery’ can be read as an encouragement to imagine different ways forward, not focusing exclusively on recovery, but instead thinking with and through new modes of being-in-the-world – or to imagine a different world altogether. Thinking beyond recovery can mean recognising that a return to a ‘normal state of affairs’, whatever that may be, is not enough to address a planet in crisis. Recovery is not enough.

Although Siila Watt-Cloutier did not address her interpretation of the conference theme in any direct way, her keynote at the RGS-IBG conference spoke first to the irreparable damage and trauma suffered by Arctic indigenous communities and their homelands. She spoke of Arctic human geographies beyond recovery, permanently scarred by colonial violence and environmental degradation. 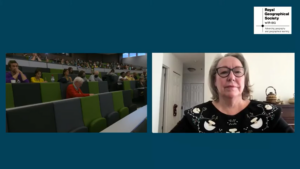 Watt-Cloutier opened her talk by emphasising how crucial it is to understand the deep historical backdrop against which current events in the Arctic are unfolding, specifically the colonial history of the region. The challenges facing indigenous communities today relating to things like health, wellbeing, education, and land-right disputes cannot be fully appreciated without knowing this history. In a very short time span, Watt-Cloutier listed a long line of atrocities that have been perpetrated against Arctic indigenous peoples by European colonisers and their descendants across many decades: the violence of residential schools, forced displacements, dog slaughters, seal bans, and pesticides infiltrating traditional food sources. She spoke of the means by which indigenous peoples were gradually robbed of their autonomy as they were forcefully enrolled into international trade markets under highly unfavourable conditions. Colonisation created new dependencies for Canada’s indigenous peoples by, for example, the introduction of new foods that were only available through import. Decades of abuse, following Watt-Cloutier, are the root cause of the high levels of substance abuse, violence, addiction, and suicide within Canada’s indigenous communities. Recovery as ‘return to a normal state’ seems impossible.

For Watt-Cloutier, what is at stake is not simply reclaiming or recovering the past. Historical recovery, she noted, is important because it allows indigenous peoples to see and feel differently about what happened to them. However, as her keynote approached its apex, it became clear that, to her mind, recovery alone was not the end goal.

Turning to the pressing issue of climate change, Watt-Cloutier presented a poetic and powerful account of the cultural and pedagogical significance of ice to Arctic indigenous communities. “The ice”, she noted, “is our life force”. It is on the ice that children are taught important life skills, not merely technical skills like hunting and navigation, but skills like patience, endurance, and sound judgement – transferable skills that are important to combat the stresses of the modern world. What is lacking to tackle climate change and the literal melting of indigenous homelands is, according to Watt-Cloutier, imagination. What this moment calls for is the willingness and ability to imagine a radically different world – to think beyond recovery alone.

Watt-Cloutier encouraged her audiences to imagine a way forward where indigenous knowledge and expertise is both recognised and utilised to combat environmental degradation. “Scientists”, she noted, “come and go in the spring and the fall like our geese”. She called for an openness to incorporate indigenous cultural and environmental knowledge alongside the ‘seasonal’ knowledge of scientists. She was optimistic about the prospects of this happening. As a case in point, she quoted US environmental lawyer, Gus Speth at length: “I used to think the top environmental problems were biodiversity loss, environmental collapse, and climate change. I thought that with 30 years of good science we could address these problems. But I was wrong. The top environmental problems are selfishness, greed, and apathy. And to deal with these, we need a spiritual and cultural transformation. And we scientists don’t know how to do that.”

Overall, the changes and imaginaries that Watt-Cloutier asked for in her keynote did not seem radical. She called for economic and market strategies to be aligned with indigenous knowledges, cultures, and practices. This would be a significant and positive step. Yet she was not very explicit in questioning the underlying foundation of neoliberal market economies and capitalist structures itself as the root cause of climate change. The question looms as to whether the important decolonisation of environmental-cultural knowledges that Watt-Cloutier called for would go far enough to move beyond recovery and work towards a radically different way of inhabiting a changing planet.