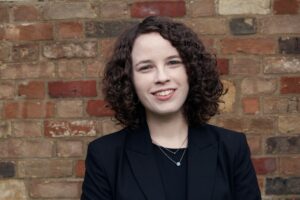 Working on Arctic research and materials for academic and public dissemination.

Liz’s research examines relations between settler populations and Indigenous peoples in the North American Arctic.  Her work engages with political, economic, and environmental literatures in sociocultural anthropology, as well as theory derived from Native American and Indigenous studies and interdisciplinary settler colonial studies.  She recently submitted her PhD thesis in the Department of Social Anthropology at the University of Cambridge.

Liz’s doctoral thesis explored the social, political, and economic place of rural Alaska in the United States’ settler colonial present.  She conducted fieldwork over 16 months with both Iñupiat (Alaska Native) residents and non-Indigenous transient workers in the Arctic village of Utqiaġvik, examining the effects of transient workers’ economic motivations on their relations to place, the Iñupiat community, and one another.  She found that transient workers’ perspectives on the environment, value, and relationality had their origins in settler colonial ideological norms and demonstrated how these understandings were at odds with those of their Iñupiat colleagues and neighbours.

Prior to her PhD, Liz completed an MPhil in Social Anthropology and Museums at the University of Cambridge, focusing her research on critiques of digital and non-material repatriation and disparities in interpretational authority among museums and Indigenous stakeholders.  Before pursuing her postgraduate research, she worked in museum education at the American Museum of Natural History.