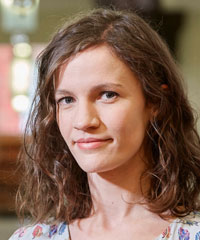 Nanna’s research centres on the intersection of Arctic exploration, print culture, science, religion, and medicine in the modern period with a focus on the British and Danish imperial world.

Nanna received her PhD from the graduate program in Science and Technology Studies at York University, Canada in 2017. Since then, she has been Temporary Lecturer in History of Science Communication at the University of Leeds, part of the research and outreach projects at the John Tyndall Correspondence Project, and worked for Aarhus University’s Climate Secretariat.

Nanna’s doctoral thesis entitled, ‘From Science in the Arctic to Arctic Science: A Transnational Study of Arctic Travel Narratives, 1818-1883’, was funded by the Ontario Graduate Scholarship scheme. The dissertation examined travel narratives of nineteenth-century British, Danish, and Canadian Arctic expeditions, with a focus on how the narratives functioned as a distinct scientific genre within the context of geographical discovery, cultural encounters, and imperial expansion. As part of the Arctic Cultures project, Nanna conducted research about the American explorer Josephine Diebitsch Peary, and investigated how contacts with Arctic indigenous peoples influenced Eurocentric racial and gendered frameworks.

Following the completion of her work for the project in summer 2021, Nanna moved back to Denmark to take up a Carlsberg Fellowship at Aarhus University.