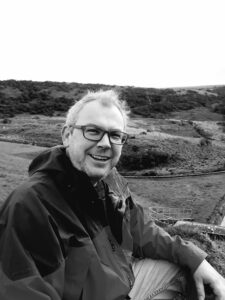 Professor of Arctic Studies and Fellow of Fitzwilliam College

Cultural, Political and Historical Geographer with expertise in Polar Regions

Richard is the Principal Investigator in the 5-year Arctic Cultures project and will be working alongside four Post Doctoral Researchers and a Project Coordinator at museums, archives, libraries and repositories across Europe and North America, as well as in Greenland and the Canadian Arctic.

Richard’s wider research interests encompass historical and cultural geographies, the geopolitics of territory and resources, geographies of science, and the histories of the social and natural sciences. His fieldwork has focused on the Circumpolar Arctic (specifically Nunavut, Greenland and northern Norway), as well as Denmark, Canada, the US and the UK.

Richard welcomes enquiries from prospective PhD students or Post-doctoral Fellows, as well as potential collaborators and those interested in his research.

Read more about Richard on his University of Cambridge webpage: Richard C. Powell